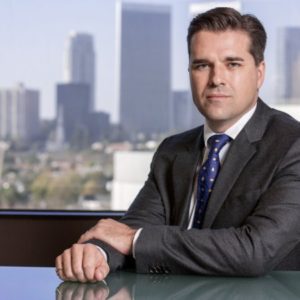 Hugh Dunkerley, who has been charged with tribal bond fraud by the US Department of Justice, is understood to have left Fondinvest Capital, the fund of funds he bought last year.

Secondaries Investor attempted to contact Dunkerley over claims by the US Securities and Exchange Commission that he was part of a scheme to dupe clients into investing in “sham” Native American tribal bonds. The reporter was told Dunkerley no longer worked for the firm. His profile was also no longer on Fondinvest’s website.

In a complaint filed on 11 May, the SEC claims Dunkerley and six others organised a fraudulent scheme to obtain control of two registered advisors: Hughes Capital Management, which managed approximately $900 million for pension clients, and Atlantic Asset Management.

More than $43 million of clients’ money was then invested in Native American tribal bonds and diverted to the individuals and entities they controlled, the SEC claims.

Tribal bonds are tax-exempt and can be issued by Native American tribes to finance economic projects. The bonds were issued by the Wakpamni Lake Community Corporation, part of the Oglala Sioux Nation.

The complaint centres on Jason Galanis, who controlled Burnham Securities, where Dunkerley worked at the time, and his father, John Galanis. Both have been the subject of previous SEC enforcement actions.

The regulator quotes Jason Galanis mentioning the purchase of a European fund of funds, but the firm he is referring to is undisclosed. Fondinvest is not cited anywhere in the SEC complaint.

The regulator alleges that Dunkerley incorporated several entities that were set up to conduct the scheme. Jason Galanis allegedly compensated him for his role he knowingly assumed as one of the front men and facilitators.

The complaint says: “In one revealing email … from August 2014, Jason Galanis proposed an acquisition of a European fund of funds – brought to him by Dunkerley – and identified the source of funds for the acquisition as proceeds from a tribal bond issuance. After describing the deal, Jason Galanis wrote: ‘Hugh locked it up and came to me for the money, which I have agreed to arrange/provide (probably Indians).’”

When contacted by Secondaries Investor, Dunkerley declined to comment on the lawsuit or on his departure from Fondinvest. Neither the firm’s founder Charles Soulignac, nor the firm itself, returned requests for comment.

Secondaries Investor revealed last September that Dunkerley and Daniel McClory, both previously of Burnham Securities, had purchased Fondinvest for an undisclosed sum, as Soulignac, 70, was seeking to set up a succession plan at the firm.

There is no suggestion that McClory is involved in any wrongdoing.

Dunkerley told Secondaries Investor at the time that the purchase allowed Fondinvest to return to fundraising for its secondaries vehicle Fondinvest X, seeking €500 million, and to contact new US and Asian limited partners.

Broker-dealer Burnham Securities, owned by Burnham Financial Group, which was controlled by Jason Galanis and several other defendants, is also cited in the complaint for allegedly acting as the placement agent for the sale of the tribal bonds.