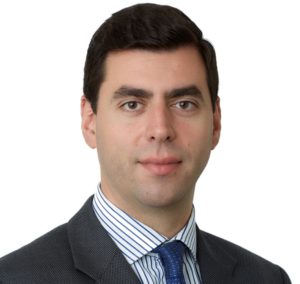 Only a few years ago, restructuring a fund using a ‘stapled secondary’ – a buyout of a fund manager’s portfolio by a new vehicle which it also managed – was seen as a last-ditch attempt by the GP to save itself. The transactions were regarded sceptically by investors, who would often exact a heavy price for their support. Today, however, these GP-led fund restructurings are frequently welcomed by LPs, which recognise that they offer a liquidity option while re-incentivising the GP and raising fresh capital for follow-on investments.

But deals remain complicated to do, and are still heavily scrutinised. That scrutiny inevitably increases when the restructuring comes before the end of the fund’s initial 10-year term, rather than as a way to clean up a zombie fund. The investors will want to know why a secondaries transaction will deliver better returns than an asset-by-asset liquidation strategy, and whether the stapled primary capital for a new fund is benefiting the GP at their expense.

Regulators in Europe and the US require GPs to actively ‘manage conflicts’, though they do not provide guidance which is directly applicable to GP-led restructurings. While there is no standardised approach, the industry has found various conflict management mechanisms.

Market testing is now seen as a necessary first step in managing conflicts of interest. To meet their fiduciary obligations, GPs must show that they have sought to obtain the best possible price, and the involvement of an intermediary helps. It is also broadly supported by buyers as a means of introducing transparency to the sale process.

But does a list of bids, all including a stapled primary commitment, constitute a true market test of the value of secondaries’ assets? For secondaries investors focused on internal rate of return targets, the longer return horizon associated with a primary commitment will erode the returns delivered by the secondaries acquisition and will therefore affect the price which can be offered for those assets.

A stapled primary commitment is not intrinsically objectionable, and a GP is free to ask for one when it has a reasonable belief in the upside potential of the remaining assets. However, any direction to the intermediary that bids must include a primary component leaves the GP open to claims of breach of fiduciary duty, because no true market testing of the best possible price for the secondaries assets themselves has occurred. Simply disclosing this conflict of interest to LPs would be unlikely to exculpate the GP.

The intermediary’s fees are deducted from the proceeds distributed to the existing LPs. While it may appear unfair that the only party which is not at the negotiating table is the one paying the fee, in reality this is neutral for the LPs, as the fee will always reduce the purchase price (directly or via the buyer’s pricing methodology) if the burden be shifted to the buyer. The fee burden levied on the primary commitment being raised should be borne by the GP alone.

The principle of offering existing investors ‘full and frank’ disclosure is well-established. This goes beyond listing potential and actual conflicts of interest, and should detail the steps taken to manage and minimise these conflicts and the costs involved. Full disclosure includes sharing all financial information provided to the bidders in the sale process. Regulatory lawyers across jurisdictions agree: timely and clear disclosure to your existing investors is always essential. However, it is not always sufficient, particularly in the UK and EU where the primary regulatory obligations are to treat all investors fairly and to take all reasonable steps to prevent conflicts from adversely affecting the interests of the funds and the LPs, and to maintain and monitor formal policies accordingly.

Gabriel Boghossian is a partner based in KWM’s London office specialising in advising private equity funds in relation to secondaries deals, co-investments and GP-led restructurings. Prior to joining the firm in 2016 he spent over five years at Macfarlanes as a senior solicitor and obtained his law degree from the University of Edinburgh.