Secondaries Investor
Home News & Analysis Madison’s Dickerman: We are in the midst of secular repricing of commercial...
Return to search 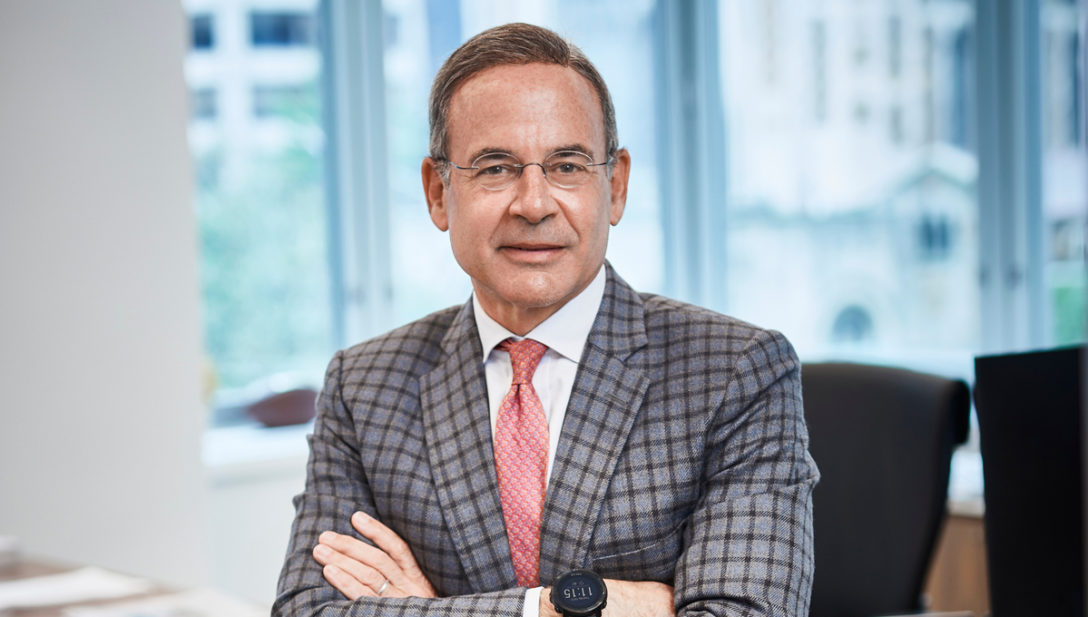 Madison International Realty, the New York-headquartered indirect real estate investment firm, has a current deal pipeline extending to as much as $4 billion in gross asset value, according to its founder, Ron Dickerman.

By his reckoning, however, as little as 10 percent of the deals that Madison is actively engaged with are likely to transact, such are the current volatile macroeconomic circumstances. “Maybe 20 percent,” he says, “but it’s all under scrutiny and repricing.”

We speak in mid-September, in a week in which the US Federal Reserve is hiking the country’s benchmark interest rate by 0.75 percent to bring the target rate to 3-3.25 percent. The increase is the Fed’s third consecutive outsized rate rise in its bid to curb spiralling inflation. In the same week, the UK increased rates by 0.5 to 2.25 percent; earlier in September, the European Central Bank raised rates by 0.75 percent to 1.25 percent.

Dickerman, whose firm invests in the US, the UK and in Europe, is convinced the work of central banks trying to combat inflation is nowhere near done. “We’re only in the middle stages in this secular change in rates, led by the Fed. There are going to be multiple more. The question is how many?”

Madison has “significant dry powder”, Dickerman says. The firm’s latest two funds, Madison International Real Estate Liquidity Fund VII and Fund VI, each attracted more than $1.2 billion. But until there is visibility on where rate rises stop, all but the most compelling investing by the firm will be paused.

“If it was in the pipeline three months ago, it is not priced correctly today. Buyers and sellers are going to acknowledge that. It is not a pleasant conversation, but if you’re a seller you know that the underwriting changed, borrowing costs have risen and the cap rate you thought you could achieve in the market is going to be higher.”

Dickerman has not experienced a market environment like this since he was a youngster, well before he founded Madison in 2002. “It is such a complicated and unusual position, the likes of which we haven’t seen since the 1970s.” He references how it took three presidencies, starting with Gerald Ford, to get inflation under control then, including increasing interest rates to an eye-watering 16 percent. “Inflation then was a national scourge and it became a national obsession to break the back of it.”

Lessons from those times are at the heart of Fed chairman Jerome Powell’s current aggressive monetary policy, which aims to quell a spiral brought about by 15 years of fiscal stimulus following the global financial crisis, the coronavirus crisis and, latterly, the energy crisis propelled by Russia’s invasion of Ukraine. “I think we are in the midst of secular repricing of commercial real estate brought about by how imbedded inflation is and how aggressive the Federal Reserve is going to have to be. They are clear they will fight inflation to the risk of jobs, the economy and the stock market. Obviously, real estate is embedded in that.”

A lot of institutional capital in real estate, especially for higher risk and return strategies like at Madison, is on a timer; it is committed for a set period. Dickerman believes firms able to keep their powder dry through to when state interventions are over, should have fertile buying ahead. According to research by broker CBRE, there is almost $400 billion of dry powder across real estate risk and return strategies currently. Dickerman thinks much of this should look for a home in 2023. “Our view is the real buying opportunity is next year, after the inflationary cycle.” For now, he says judgements should be made on growth stories that can surpass the cost of financing and these are unlikely to be plentiful.

For instance, appetite for the logistics sector, the hitherto darling asset class for many institutional investors, has experienced a sharp fall away as cap rates – which compressed to as low as 3 percent in certain US and European markets as recently as earlier this year – have been overtaken by meaningfully more expensive debt costs. Dickerman wants to see at least 100 basis points of cap rate expansion in the sector before considering a return, “probably more. Could be 200 basis points. A big number in any event,” he says.

Big deals are happening. For example, we discuss the purchase of net lease REIT STORE Capital for $14 billion by GIC and Oak Street in an all-cash deal – important given the escalating cost of credit currently – which was announced just days prior. Madison too is engaged in a €400 million recapitalisation of a data centre business in Europe as we speak. “Growth is going to win that race over cap rate expansion or multiple decline,” he says. “This one has a magic bullet in its green energy sourcing so we determined the growth of the sector outweighed the borrowing cost. We are transacting, but we are picking our spots.”

CBRE’s research demonstrates there was more than $1.4 trillion of investment globally in 2021, a historical record. Indeed, Dickerman believes many managers have been heavy deployers of capital in the last six to 12 months and will be having to contend with widespread scenarios where such a balance is not tipped in favor of growth. He admits Madison has certain such scenarios too.

“There are legacy investments on everyone’s books, including ours, where cap rate expansion or a refinancing assumption during this period means achievable rates are higher than those assumptions so yes, that means pressure on fair value and expected future returns.” Ultimately, much will depend on how much managers factored in rate rises and rental pass-throughs, where inflation can be captured, in initial underwriting. “Fixed schedule increases or no pass-throughs in rents, or long leases with no ability to mark to market and other inflation-protected leases: those are where real revenues could decline.”

It is not all doom and gloom, Dickerman says. Current inflationary issues extend to well beyond the real estate market, leaving institutional investors little alternative when it comes to allocation choices. “Where would you put money? Venture, technology, equities? No. Debt possibly. We are in a liquidity solutions business – my sense is distressed debt will benefit greatly.” He adds his own business, which he describes as a “liquidity solutions business” is not a bad place to be either.

“But ask most investors and they remain pretty bullish on real estate and hard assets generally.” Within the sector, he maintains growth-orientated, tech-enabled real estate should be able to supersede today’s turbulence. He still believes in the structural trends that underpin already institutionally favoured asset classes like logistics and residential and will be ready to capitalise on repricing there. For that to happen, though, state bankers need to finish executing on today’s defensive policymaking. Until then, expect to see Madison crunching numbers on the market side-line and transacting cautiously. “It’s not business as usual… for now, we’re in the process of assessing data to figure out where this is going.”