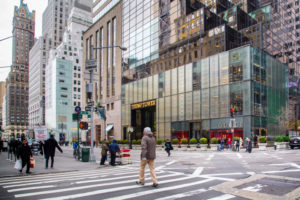 Madison International Realty has launched its sixth real estate secondaries fund, according to documents filed with the US Securities and Exchange Commission last week.

Mercury Capital Advisors and Forum Capital Securities will receive sales compensation from the fundraise, according to the documents.

Madison International did not return a request for comment by press time.

The firm’s previous real estate secondaries fund closed on $825 million in April 2014, according to PEI’s Research and Analytics division. It launched in 2013 with a $750 million target and received commitments from the Employees Retirement System of Texas and the West Virginia Investment Management Board.

The New York-based real estate firm focuses on capital partner replacements, equity monetisations and recapitalisations for class A properties in the US, UK and Western Europe, according to its website. The firm has received $1.8 billion in capital commitments from more than 150 limited partners since it was founded in 2002.

Public pensions make up the majority, or 18 percent, of Madison’s LP base, followed by family offices which make up 17 percent and foundations at 15 percent, the website disclosed.