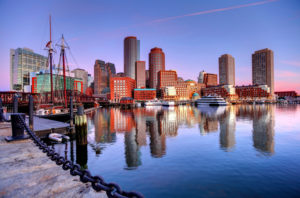 Limited partners in Thomas H Lee Partners‘ largest-ever fund will decide before the end of the year if they want to participate in a restructuring process or sell their stakes, Secondaries Investor has learned.

The Boston-headquartered firm told its limited partner advisory committee on Wednesday it was working through a conflict waiver process regarding the proposal on its Thomas H Lee Equity Partners VI fund before reaching out to all the fund’s LPs, according to two sources familiar with the matter.

Coller Capital, which is leading the proposal, has offered to acquire LPs’ stakes at a small single-digit discount to the fund’s blended June and September valuation date, one of the sources said.

The plan is to move five assets from the fund – an $8.1 billion 2006-vintage – into a new vehicle with new terms. This includes NASDAQ-listed Syneos Health, a pharmaceutical therapies-focused firm.

Fund VI delivered a 1.89x total-value-to-paid-in multiple and a 12.3 percent net internal rate of return as of 31 March, according to performance figures from the Florida State Board of Administration.

Secondaries Investor reported on 13 November that Coller was the lead buyer in the process. Lazard is understood to be advising Thomas H Lee Partners on the deal.

Coller Capital and Lazard declined to comment. A spokesman for Thomas H Lee Partners did not return a request for comment.