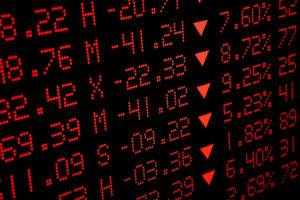 American retirement systems are being forced to review their yearly commitment levels to private equity in anticipation of the dreaded denominator effect. This is when a drop in public securities exposure due to underperformance means the size of the private equity portfolio is bigger than it should be, relative to a plan’s overall size, and can in turn spur secondaries sales.

However, with most asset classes offering low return prospects, private equity remains one of the better places, if not the best, for pensions to find attractive returns to fund their retirement plans.

The stock market has been on a long positive run since the last crisis, but, in the past year and a half, it has also experienced bouts of volatility. In fixed income, the Federal Reserve is considering an increase in interest rates, meaning the bull run in that space may be nearing its end.

With that in mind, some pension plans like Employees Retirement System of Texas are forecasting lower growth in the next few years for their overall trust. Texas ERS, which has $25 billion in assets, is now assuming 4 percent for the next few years, revised from 8 percent. This, in turn, has prompted it to lower planned commitments for private equity for 2017 to $750 million from $950 million this year. If the pension plan were to continue to commit the larger amount, it would surpass its 10 percent allocation to private equity because of the denominator effect. The Ohio Police & Fire Pension Fund has also lowered its planned commitment level for private equity for 2016 for the same reason.

Pension plans curbing their commitments, like Texas ERS and Ohio Police and Fire, remain in the minority and the denominator effect is yet to kick in. But private equity is facing its own challenges: high purchase multiples and plenty of dry powder, which could lead to lower returns.

Yet despite these prospects, there aren’t many other asset classes, if any, that can offer similar results.

In its latest 10-Year Capital Market Return Assumptions report, BNY Mellon Fiduciary Solutions forecast that private and venture capital would provide the highest 10-year expected average returns from 2016 to 2025 among all asset classes, at 9.1 percent, followed closely by emerging market equities at 8.9 percent. US equities would stand at 7.2 percent.

“The reality is that there’s nowhere else for them to go,” says Fann. “It’s hard to get away from private equity. Fixed income yield is very low. Hedge funds have had a very bad last year. Private equity has been one of the best performing asset classes. Some believe it’s riskier but it has outperformed.”

The private equity industry is likely to continue to benefit from the underperformance of these other asset classes.