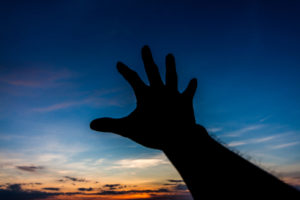 High prices for top-tier funds trading in the secondaries market has resulted in unrealistic expectations by limited partners, who expect similar prices for all types of funds, according to industry experts.

“Prices are very high and sellers want to take advantage of this, especially for old GPs,” said a market participant at a London placement and advisory firm. “People have some unrealistic price expectations. They think everything can sell at a premium.”

But for lower quality GPs, sellers may be disappointed to find out that lower-tier funds can trade at higher discounts, which can either lead to them pulling out of transactions, or to going ahead with deals at prices they’re not happy with simply because they’ve started the selling process.

“Some LPs have unrealistic pricing expectations but by that time they’ve committed to the process they feel locked into selling,” said another industry participant.

Average bids for funds were between 83 percent and 94 percent of net asset value (NAV) during the first half of this year, according to a report by Boston-based placement advisory and placement firm Harken Capital Securities. The average high bid on small and medium buyout funds was 99 percent of NAV, a mere 1 percent discount, according to the report.

Discounts to NAV are more psychologically important to sellers, who may feel they’re only getting fair value if pricing is close to NAV, said Andrew Sealey, managing partner and chief executive of advisory firm Campbell Lutyens.

Ultimately, when it comes to pricing, LPs should take into account a wider range of different factors including the macro outlook and geographic focus of portfolio, nature and prospects for underlying investments, likely short term distributions, fund terms, level of undrawn capital, track record and quality of the GP, among others, he said.