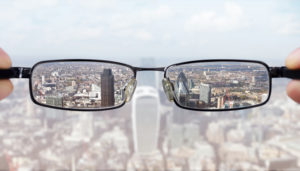 Limited partners are putting increasing importance on the transparency of a private equity fund when selecting new fund managers, according to a new survey, as reported by sister title Private Equity International.

In “The Future of Private Equity”, a recent survey conducted by investment operations and management services provider SEI, about half of LPs said portfolio transparency is “very important”, compared with just 29 percent who picked transparency as the most appealing trait about a fund in SEI’s 2013 survey.

Although fund manager reputation and credentials were not as emphasised as in the past, the leading criteria for most LPs continues to be a fund’s investment performance, with three-quarters of LPs in the survey calling it “very important”.

“Pedigree of the manager is certainly important, but I also think transparency has become more prevalent. If you’re a general partner giving your investors more transparency in your process, you’re more apt to successfully raise capital.”

The heightened focus on transparency is also driving LPs to look for co-investment opportunities, with nearly one in five LPs saying in the survey they would rather pursue this strategy than commit to a traditional private equity fund.

This is in part because co-investments offer better economics on fees and other terms, but also because they give LPs the ability to participate more actively in due diligence during a deal-making process.

Here are other takeaways from the 2016 survey: