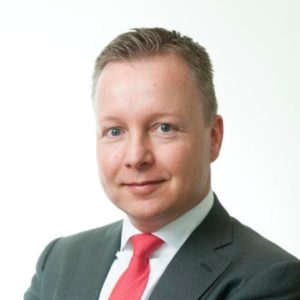 Contingency plans can be very useful things but in the case of Brexit, they may be somewhat superfluous.

This is the view of Ron Boots, head of European infrastructure at Dutch pension administrator APG Asset Management. The executive, like many of his peers, was surprised when it emerged that the UK had voted to part ways with the EU. “Not many people were prepared to act on this result. It came as a shock to everyone,” Boots told sister publication Infrastructure Investor during a phone interview.

APG has been active on the secondaries market. Earlier this year the pension emerged as the lead buyer in the tender offer on Arcus Infrastructure Partners‘s 2007 fund, acquiring a €420 million stake, and last year acquired a stake in a €602 million Tishman Speyer-managed fund.

For a long-term investor like APG, the shock of Brexit need not have dramatic consequences, Boots said. The institution’s perception of political risk has certainly increased, with much volatility anticipated in  global markets and economic indicators.

However, he underlined, “we can withstand short-term volatility so we’re not acting on something at very short notice, in terms of selling assets or buying more. In that respect the situation is very different to listed markets”.

What the referendum has induced APG to do for a few months already, Boots said, is more thorough due diligence and scenario analysis. The institution has since “taken the result on board” but it “didn’t press a button” when the outcome became known, he noted.

“If you move as soon as the news comes you run the risk of over reacting. Either you do very good or you do very poorly. So we prefer to stand back and stay where we are, gradually readjusting our assumptions to assess what is now a new reality.”

Key variables to watch will be interest rates, growth forecasts and the new parameters for renewable investment, including questions on whether the EU’s clean energy targets will continue to apply to the UK.

Boots did not expect APG’s exposure to the UK – in both infrastructure and wider terms – to be dramatically cut, but neither did he believe it will go up anytime soon.

“APG’s exposure to the UK in a broader portfolio context is already quite substantial, so our appetite to increase it even further was already something of a debate. Now I don’t think we’ll give up on the market but there probably won’t be any willingness to rapidly expand our UK exposure.”

Boots said APG, which invests across the continent, could be seeking to grow its footprint in markets including Central and Eastern Europe.

His comments resonated with views held by Hans-Martin Aerts, APG’s head of Asian infrastructure. “Asian economies, especially those not export-oriented, are more resilient to the impacts of Brexit. India, for example, is driven by domestic consumption and thus could be less affected by Brexit,” Aerts said.

Like Boots, he argued a flight to quality was possible, with core infrastructure even more in investors’ crosshairs than before. “This could drive up prices further and put pressure on future returns,” he warned.

But fresh avenues could open up, too. “In this new environment, where investors are scared to invest we may find some new opportunities,” Boots concluded.