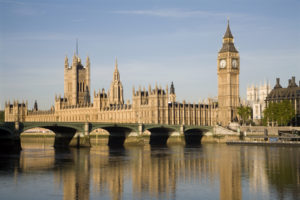 When the UK Chancellor George Osborne unveils his next Budget on 16 March, the industry will be on alert for any update on the introduction of new legislation governing limited partnerships.

The government’s consultation on proposed changes to rules governing limited partnerships was announced in the Summer Budget in July. It closed in October.

Streamlining existing legislation, most significantly the 1907 Limited Partnerships Act, has been long-awaited and is widely supported by the industry. The British Private Equity and Venture Capital Association (BVCA) has spearheaded the push for reform and submitted a detailed response to the consultation. Since then it has been in ongoing discussions with the Treasury.

The Treasury’s goal for the legislative clean-up, which would be enacted through a legislative reform order that does not require a parliamentary vote, is to facilitate the formation of onshore funds in England. It will create a new private funds regime that aims to eliminate the “uncertainties and inconveniences” that dog the current process and to make the UK more competitive with other jurisdictions.

Critically, there have been few objections or questions regarding the items on the so-called “White List” that spells out activities permitted by LP that would not jeopardise limited liability status. These include participating in decisions regarding investments and changes to the partnership agreement, as previously reported by Private Equity International.

But issues with the proposed changes remain. Key among those raised with the Treasury by a BVCA working group, which included a wide range of funds lawyers, was the government’s proposed eligibility criteria for funds to be included in the new regime, and the 12 month time limit to apply.

“We’ve asked for flexibility on certification and when a fund is allowed to opt in,” said Simon Witney, chairman of the BVCA’s Legal Committee and a private equity lawyer at King & Wood Mallesons. “We were concerned that the proposed procedure was a bit onerous and it would be better if there was a more straightforward process at Companies House. Most members of the BVCA would like to be in the new regime and most would fulfil the criteria, i.e. their funds will be collective investment schemes.”

The legislative changes also address the lack of any existing mechanism to remove expired limited partnerships from the Companies House register. However, the BVCA working group is concerned that with the current language, should a mistake be made striking off a fund from the register, LPs’ could be exposed to limited liability risk while it is being reinstated. It has asked that this be addressed in the final version of the rules.

There has also been some debate around the treatment of capital contributions made by existing funds, said Travers Smith partner Sam Kay. The government is proposing to remove the requirement for LPs to make a nominal contribution to a fund upon establishment. The contribution is generally viewed as an oddity and means actual LP commitments take the form of a loan so investors can be reimbursed during the fund’s life. It is not clear under the proposed changes what happens to existing fund contributions, Kay said.