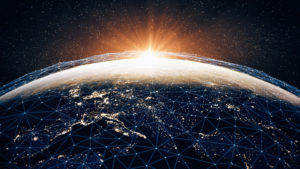 Transaction volumes, like fundraising totals, point to another record year for the secondaries market.

Advisor Greenhill Cogent estimates global secondaries transaction volumes stood at $27 billion in the first half of the year, compared with $22 billion for the first half of 2017. This was driven by growth in the number of $500-million-plus deals. There were 11 during the first half of 2018, accounting for 40 percent of overall volumes. Seven of these deals were worth over $1 billion.

It was a year marked by big portfolio sales, particularly by North American public pensions, and large GP-led processes involving household names. Though many deals vied for the top spot, Secondaries Investor had to settle on five. Here they are.

April saw the final close of the largest GP-led process to date. The remaining nine assets in 2008-vintage Nordic Capital VII, which had a net asset value of €2.5 billion, were moved into a new vehicle backed by Coller Capital and Goldman Sachs Asset Management in a process run by Campbell Lutyens. The secondaries buyers accounted for €1.5 billion of the total, rolling limited partners for the rest. The deal was a good example of how secondaries processes can give GPs extra time and capital, and LPs some much needed liquidity.

This month, Goldman Sachs Asset Management and Hamilton Lane were among investors that acquired $1.35 billion of direct stakes from New Enterprise Associates, one of the world’s largest venture capital firms. A team was spun out with it, run by former NEA partner Ravi Viswanathan. NewView Capital Management will now try to guide the 31 companies in the portfolio to exit. If successful, it will continue as a direct secondaries firm, buying similar portfolios from NEA and other VC firms and, in the process, demonstrating a new way of dealing with the long hold periods that VC has struggled with.

Amid the brand-name GPs running secondaries processes, infrastructure firms were conspicuous by their absence. That was until June, when Ardian backed the spin-out of the infra investment arm of Canadian insurer Manulife, which is owned by US subsidiary John Hancock. The deal resulted in the creation of a $2 billion fund backed by primary and secondaries money and marked the entry of the John Hancock team into the world of third-party asset management.

Single-asset restructurings were a key theme of 2018. Hence, it would be remiss not to include one in our list. In a process run by Rede Partners, the last remaining asset in TDR Capital II, UK pub and restaurant chain Stonegate was lifted into a new vehicle backed by secondaries capital. Landmark Partners and Goldman Sachs backed the deal, which was close to $1 billion in size.

In June, Canada Pension Plan Investment Board and Hermes pulled off a very complex funds of funds restructuring without the use of an advisor. The deal, worth almost $1 billion in NAV plus unfunded commitments, saw BT Pension Scheme, one of Hermes’s largest investors, sell stakes in at least three funds of funds into a new vehicle backed by CPPIB and Ardian. The deal allows Hermes, on behalf of BTPS, to move away from funds of funds towards more interesting strategies, and CPPIB and Ardian to gain access to a high-quality portfolio of buyout assets.