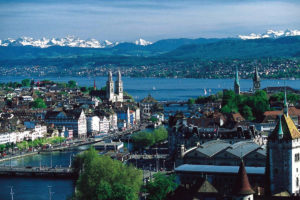 LGT Capital Partners has raised more than half a billion dollars for a special opportunities secondaries fund as it plots the return of its flagship vehicle.

The Pfaeffikon, Switzerland-headquartered alternatives manager has raised $690 million for Crown Secondaries Special Opportunities II from 46 investors, according to two separate filings with the Securities and Exchange Commission.

The target of the fund was not disclosed and it is unclear whether this is the final close.

Among the limited partners in Special Opportunities Fund II is Employees Retirement System of Texas, which committed $100 million, according to Secondaries Investor data. Its 2015-vintage predecessor raised $438.5 million.

The firm did not respond to a request for comment regarding the strategy of its special opportunities fund.

LGT Capital’s previous flagship secondaries fund closed on its $2.5 billion target in 2016, according to Secondaries Investor data. The fund mainly targets small- and mid-market buyout and growth assets in Europe and North America.

LGT ranked 11th in the most recent SI 30 list of the biggest secondaries fundraisers, having collected $6.4 billion in the five years to June 2019.