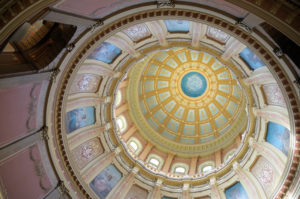 The fund of funds vehicle, which focuses on small-cap real estate funds raising between $300 million and $600 million, is targeting $400 million. Fundraising started last year, with the first sale in June, according to the filings.

LGT’s strategy is to allocate the bulk of the fund, or between 40 and 50 percent, to primary investments. Between 30 and 40 percent will go towards co-investments, while secondaries will represent up to 25 percent of the capital, according to a May document on real estate investing prepared for the City of Jacksonville Police & Fire Pension Fund by Summit Strategies Group.

Limited partners so far include Michigan Retirement Systems, which invested $25 million last year. The minimum investment accepted from an outside investor is $5 million, according to the filing.

The investment opportunity is being offered through three parallel vehicles, CSRE II-T, CSRE II-TE and Crown Small Cap Real Estate Fund II-UK, according to the filings.

LGT has more than $50 billion in assets under management, including $800 million in real estate. Secondaries Investor reported in September that the firm is also raising $2.5 billion for Crown Global Secondaries IV, its fourth dedicated secondaries fund.