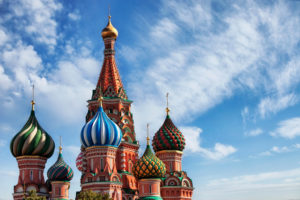 LGT Capital Partners is leading a group of up to three buyers on the restructuring of Baring Vostok Capital Partners’ 2000-vintage fund, Secondaries Investor has learned.

Limited partners have until early September to decide whether to sell their stakes in the Russian private equity firm’s Baring Vostok Private Equity Fund to the syndicate, according to two sources familiar with the deal. The fund has a little under $100 million of remaining net asset value.

It is understood the syndicate’s offer is a discount to 31 March NAV, though further pricing details were not clear.

Moscow-headquartered Baring Vostok hired UBS in the first quarter to run a process to offer liquidity to limited partners in the $205 million fund, as Secondaries Investor reported in April. The fund’s sole remaining asset, Russia’s largest online marketplace Ozon.ru, will be moved into a new vehicle with new terms.

Switzerland-based LGT is in market with its Crown Global Secondaries IV and Crown Secondaries Special Opportunities funds, seeking north of $2.5 billion across both vehicles, according to PEI data.

GP-led deals including restructurings jumped to around 30 percent of the market during the first half from 20 percent last year, according to a mid-year report by Greenhill Cogent. The investment bank estimates that there were more than 20 active GP-led transactions during the period.