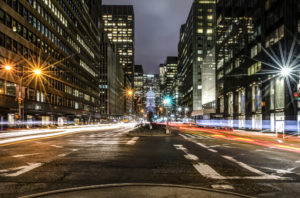 Lexington Partners is moving its New York headquarters after more than two decades on Madison Avenue.

The secondaries giant, which ranked second in last year’s SI 30 list of the largest fundraisers, has signed a 15-year lease for 48,000 square feet of office space at 399 Park Avenue, according to a statement from real estate manager JLL. The lease covers the entire 20th and 21st floors.

The midtown Manhattan building was the global headquarters of Citigroup from 1961 to 2015. It spans the block between Park Avenue and Lexington Avenue, and between East 53rd and East 54th streets.

Lexington is relocating from 660 Madison Avenue, where it has been since at least 2000, according to an archived version of its website. It has satellite offices in Boston, Menlo Park, London, Hong Kong, Santiago and Luxembourg.

The firm has 102 staff, 64 of which are based in New York, according to the firm’s website. There were 56 New York members of staff in June 2018, according to an archived version.

In January the firm held a $14 billion final close on Lexington Capital Partners IX, ahead of its $12 billion target, Secondaries Investor reported. At the time of closing, the fund was already 30 percent invested across more than 30 transactions.

It is investing its fourth mid-market secondaries fund, which raised $2.66 billion as of September 2017, and is in market targeting $2.5 billion for its latest co-investment fund, according to PEI data.

Lexington Partners did not wish to comment for this article.