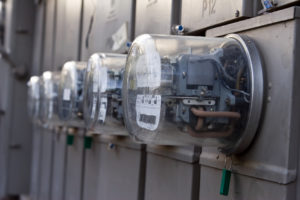 Lexington Partners has agreed to buy 80 percent of Citigroup’s $1.5 billion commitment to Metalmark Capital’s second fund, according to a statement.

The sale is expected to close in the fourth quarter of 2014 and the remaining 20 percent of Citi’s interest in Fund II will be offered to existing LPs.

Metalmark Capital Partners II raised an on-target sum of $2.5 billion in 2012. In April, Fund II invested in Canadian electric energy company PTW Energy Services, along with Seattle-based private equity firm NCA Partners, according to Metalmark’s website. PTW was created to buy all shares in other Canadian companies including Pyramid Corporation, Tarpon Energy Services and Warwick & Kent Holdings. Metalmark declined to comment on additional transactions, but according to the website the firm invests in energy, healthcare and industrials sectors.

Lexington has been an investor with Metalmark for nearly 20 years, Lexington managing partner Brent Nicklas said in the statement. Lexington was unavailable to provide additional comment by press time.