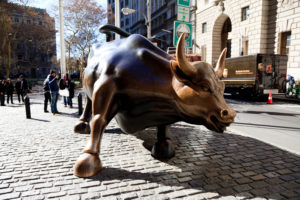 The New York-headquartered secondaries firm acquired Lexington’s stakes in funds managed by 3i, BC Partners, Charterhouse Capital Partners, IK Investment Partners, Cinven and Amadeus Capital Partners. Willowridge bought the stakes through  its Amberbrook VII fund which closed on its $500 million hard-cap in March, as Secondaries Investor reported on Wednesday.

Lexington sold the holdings from its 2000-vintage $606 million Lexington Capital Partners IV fund. The fully liquidated secondaries fund focused on investments in diversified sectors in North America and Western Europe and had a 20.3 percent net internal rate of return and a 1.8x total value to paid in multiple as of the third quarter of 2015, according to the Florida State Board of Administration, an investor in the fund.

3i Europartners IV is a 2003-vintage buyout vehicle. It was not clear if this vehicle is part of the €3 billion 3i Eurofund IV and 3i did not return requests for comment by press time.

Amadeus II is a 2000-vintage vehicle venture capital and growth equity fund that held a final close on $335 million. A spokeswoman for the London-headquartered firm confirmed the deal.

BC European Capital VII is a 2000-vintage fund that held a final close on €4.3 billion. The fund is fully liquidated.

Third Cinven Fund is a 2001-vintage vehicle that held a close on €4.4 billion, above its €3.5 billion target. The fund is partially liquidated, according to PEI data. Lexington also transferred a capital contribution of €25,000 to Willowridge along with its interest in Third Cinven Fund.

New-York-headquartered Willowridge specialises in tail-end portfolio acquisitions, which are usually cheaper to purchase because the funds are older and have been fully or partially liquidated.

Cinven, BC Partners, IK Investment and Charterhouse declined to comment. Lexington and 3i did not return requests for comment by press time.

Adam Le contributed to this story.