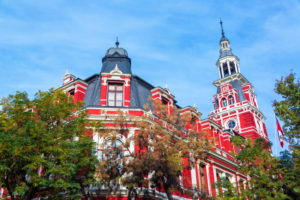 Lexington Partners, which raised the biggest-ever secondaries fund, has opened its first office in Latin America amid heightened interest in secondaries in the region.

The secondaries firm opened its office in the Chilean capital Santiago in early January.  Jose Sosa del Valle, a principal in the firm’s London office, has relocated to head the bureau, according to a spokeswoman for the firm.

Chile was chosen as Lexington’s Latin American hub because of its stability, and all secondaries investments in the region will be run from the new office, the spokeswoman said. The office currently has fewer than five staff.

There is heightened interest in Latin American secondaries. In December, fund of funds manager Mantra said it had bought stakes in Latin American funds focusing on farming services, and Stafford Capital Partners said it will focus its first agricultural investment strategy on securing agricultural land and operations in Brazil.

A survey by Coller Capital last September found half of investors in Latin American private equity believe low entry valuations and good availability of dealflow in the region are particularly strong compared with other emerging markets.

The firm, which manages over $33 billion in committed capital, closed its Lexington Capital Partners VIII fund on $10.1 billion last April.