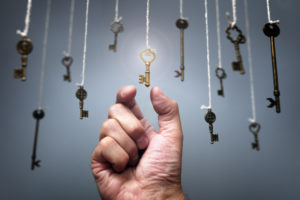 Funds from vintages from 2012-16 represent the next “very big opportunity” in the secondaries market, according to a London-based partner at Lexington Partners.

Appearing on a secondaries panel at the British Private Equity & Venture Capital Association Summit 2017 in London on Thursday, Pal Ristvedt said the transition away from deals which “consist mainly of tail-end assets and GP restructurings” has already begun.

“[Fifteen years ago] we would get these portfolios that were only a couple of funds and there wasn’t much differentiation with what we were looking at,” Ristvedt said. “Today we have all types of sub-sectors of the private equity asset class, we have higher quality of GPs and much broader dealflow.”

Laura Coquis, head of investor relations at BC Partners, who was also on the panel, said limited partner portfolios for sale now comprised a wider range of vintages.

“There are more larger LPs doing portfolio sales that include broader vintage years. They’ll throw in our more recent fund as what they call a ‘value driver’ – at least they tell us that.”
Laura Coquis

“There are more larger LPs doing portfolio sales that include broader vintage years,” she said. “They’ll throw in our more recent fund as what they call a ‘value driver’ – at least they tell us that.”

Despite the clear prospects for growth, Ristvedt stressed the market is still far from being truly liquid. Turnover rates – the average amount of any vintage raised on the primary market that is sold on the secondaries market – are around 7 percent to 8 percent, he said.

“That means 92 percent of people don’t sell,” he said. “We’re not really talking about a stock market here for private equity interests and that’s probably the way we’d like to keep it.”

Click here to read our five takeaways from the panel.