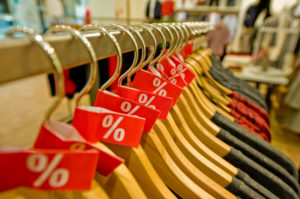 Lexington Partners estimates that it was able to achieve an average discount of 16 percent for secondaries transactions completed in 2014, according to an April presentation made by the firm to the Town of Fairfield and obtained by Secondaries Investor.

The firm believes that it exceeded the estimated industry average discount of 10 percent by 600 basis points.

“Strong distributions and NAV appreciation have reduced discounts in 2014,” Lexington wrote in the document. “However, lagged record dates and interim activity have yielded a 16 percent discount for Lexington’s 2014 purchases.”

Since it started in the 1990s, the firm estimates that its lifetime average discount has been 24 percent, exceeding the industry average of 17 percent by 700 basis points.

Lexington calculated the estimated industry average based on its database of more than 15,600 private equity and alternative interests. It excluded itself from the industry average. Lexington adjusted its own average discount to reflect deferred payment structures.

“After a decade of discount stability, the tech bubble in 2000 and global financial crisis in 2008 saw significant asset price volatility affect the range of secondary discounts,” the firm wrote in the presentation.

Lexington achieved the lowest average discount in 2006, at 6 percent. The industry average  was also 6 percent that year.

Lexington generates about one-third of returns from the purchase discount, partner Lee Tesconi told the town of Cambridge, Massachusetts, at an October 2014 investment board meeting. He also said that Lexington Capital Partners VII, which closed in 2010 with $7.1 billion, had negotiated a 19 percent discount as of October 2014, generating a 1.2x net multiple.