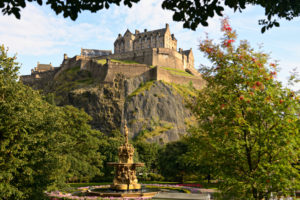 MEIF II a is a 2007-vintage fund that closed on €4.64 billion. The fund, which is fully invested, holds nine assets including Thames Water, Swedish heating provider Varmevarden, and Airwave, a UK public safety communications firm, according to Macquarie’s website.

Lothian was already an investor in MEIF II and has also invested in MEIF I, III and IV, according to PEI data. It allocated 5.5 percent of its total investments to infrastructure and 4.8 percent to private equity as of 31 March, according to its 2014-15 annual report.

This is not the first time BAE has sold infrastructure stakes. In September, the British defence, security and aerospace company’s pension fund used the secondaries market to offload stakes in Deutsche Bank-managed RREEF Pan-European Infrastructure Fund to SL Capital Partners, Pantheon and two pension funds, according to separate filings.

LCP VIII closed in April on $10.1 billion and is the largest secondaries fund ever raised, smashing its $8 billion target. The vehicle was fundraising for 19 months and received commitments from limited partners including the Florida State Board of Administration, New York City Employees’ Retirement System and Kentucky Teachers’ Retirement System.