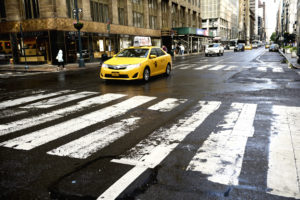 Lexington Partners‘ head of investor relations has left as the firm seeks $12 billion for its latest secondaries fund.

Rebecca John, a partner, left at the end of September to pursue other interests, a Lexington spokesman confirmed. She had been involved in 13 private equity secondaries and co-investment funds since joining in 2001.

“We appreciate Rebecca’s dedicated service to Lexington and its investors and wish her every success in her future endeavours,” the spokesman said.

It is understood that Lexington’s IR team comprises 10 professionals.

Her departure comes three months after the firm announced changes to its top leadership. In June Lexington said founder Brent Nicklas stepping aside from day-to-day running of the business, with Wilson Warren becoming president in a newly created position. Marshall Parke, head of non-US activity who joined the firm in 2000, became vice-chairman while Warren and non-US secondaries head Pal Ristvedt became co-chairs of the firm’s secondaries investment committee.

New York-headquartered Lexington had raised at least $9 billion for Lexington Capital Partners IX as of July, as Secondaries Investor reported.