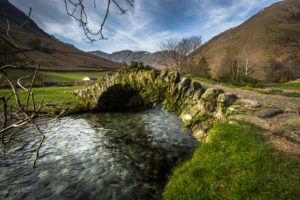 A growth equity firm founded by billionaire Dan Gilbert has used a secondaries process to to open up its investor base.

Detroit-headquartered Rockbridge Growth Equity transferred stakes in four portfolio companies into a separate vehicle managed by the general partner and backed by $355 million of secondaries capital, according to a statement from the firm.

The process was a way of introducing third-party capital and building a more institutional investor base, according to a source familiar with the deal.

The transferred stakes had been held on the balance sheet of an entity linked to Gilbert, founder of America’s largest retail mortgage lender Quicken Loans. That entity maintained a stake in those assets and will become a limited partner in Fund II.

RB Equity Fund II launched in December and is targeting $350 million, according to PEI data.

The deal is similar to two that took place last year: the partial spinouts of Orix Capital Partners and Aretex, both led by ICG Strategic Equity.

Founded in 2007, Rockbridge takes control and minority positions in North American lower mid-market services companies. Its assets include private online college Northcentral University, SME financing firm Rapid Finance and security systems provider Protect America. It is not clear which assets have been transferred to the new vehicle. The firm and its affiliates have deployed $590 million across 13 investments since inception.