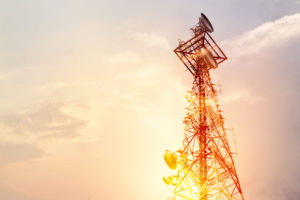 The Simsbury, Connecticut-headquartered secondaries firm is one of a group of investors backing the transfer of wireless infrastructure operator Phoenix Tower International out of Blackstone‘s 2012-vintage Tactical Opportunities Fund into a continuation vehicle, according to two sources familiar with the matter.

Capital for the deal, which is understood to be worth at least $600 million in net asset value, will come from Landmark’s private equity and infrastructure secondaries funds, according to one of the sources.

The deal, which is being run by Park Hill, will give Blackstone more time to manage the asset while providing liquidity to limited partners that wish to exit, Secondaries Investor reported in June. Blackstone owns 62 percent of the Boca Raton-based firm, which it acquired in 2014.

PTI manages over 6,000 telecoms towers, 986 kilometres of fibre and more than 80,000 other wireless infrastructure and related sites throughout the US, Latin America and the Caribbean, according to its website.

Blackstone Tactical Opportunities Fund closed in 2013 on $6.97 billion, according to PEI data. It received a $750 million commitment from New Jersey Division of Investment, and $500 million each from the California Public Employees’ Retirement System and New York State Common Retirement Fund.

Blackstone’s Tactical Opportunities unit makes opportunistic investments in deals that are time-sensitive, complex or in dislocated markets, according to the firm’s website.

Landmark had collected $500 million for Landmark Infrastructure Partners II as of early September and had already started deploying capital, Secondaries Investor reported. The firm has already deployed more than 80 percent of the capital for its flagship Landmark Equity Partners XVI and was preparing to enter talks with investors about a successor fund in the months ahead as of early September.

Single-asset deals accounted for 9 percent of complex secondaries deals last year, according to data from Evercore.

Landmark, Blackstone and Park Hill did not respond to requests for comment.