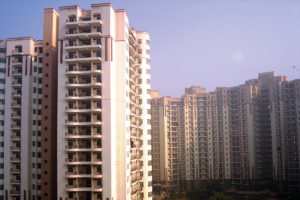 Landmark Partners has exceeded the $2 billion target of its latest real estate fund around 14 months after launching the vehicle.

According to filings with the US Securities and Exchange Commission, the main onshore vehicle of Landmark Real Estate Partners VIII has raised $2.4 billion.

A total of $876.3 million was raised through a Cayman Islands-domiciled offshore fund, according to another filing, and there are two additional side vehicles registered with the SEC.

It is unclear how much Simsbury, Connecticut-based Landmark has raised in total for the programme and the firm did not return requests for comment.

It has received commitments from 112 investors, according to the filings.

Investors include Connecticut Retirement Plans and Trust Funds with a $65 million commitment, Minnesota State Board of Investment with $150 million and New York State Teachers’ Retirement System with $150 million, according to data from sister publication PERE.

Fund VIII will invest largely in non-control, minority limited partner positions in commingled funds, Secondaries Investor reported in June. About 30 percent of the fund’s capital is likely to be invested outside of the US, with transaction sizes ranging between $1 million to $1 billion.

Its loan-to-value ratio is capped at 70 percent and the three predecessor vehicles have not exceeded 60 percent leverage. Predecessor Fund VII’s average deal size was $46 million, according to the same Secondaries Investor report.

Landmark is targeting a 14-16 percent net internal rate of return for Fund VIII. It has a 1 percent management fee, 8 percent preferred return and 12 percent carried interest.

According to a half-year report from secondaries advisor Greenhill Cogent, $4 billion-worth of real estate secondaries traded in the first six months of this, equivalent to the volume for all of 2016.

On average, real estate stakes traded at 92 percent of net asset value in the first half of 2017, up from 88 percent in 2016, according to the report.