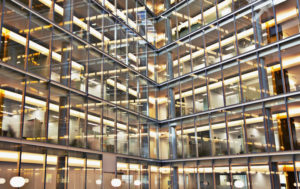 Landmark Partners has launched its eighth real estate secondaries fund for which it is targeting $2 billion – the largest amount ever sought for the asset class, Secondaries Investor has learned.

Landmark Real Estate Partners VIII’s target is twice that of its predecessor, according to two sources familiar with the fundraising. Minutes from the Town of Greenwich, Connecticut’s retirement board meeting on 28 July show the fund was due to launch this autumn.

Landmark’s predecessor vehicle closed on its $1.6 billion hard-cap in May 2015, after 14 months of fundraising, according to PEI data.

Details of REP VIII and Landmark’s real estate strategy were disclosed in materials presented to the San Diego City Employees’ Retirement System’s (SDCERS’) 3 November investment committee meeting. The firm “expects to capitalise on the inefficiency and illiquidity of the secondary real estate market by acquiring limited partnership interests in institutional properties at a discount to market value,” Jamie Hamrick, a senior investment officer at the pension, wrote in a recommendation note for the fund.

The firm will target primary funds that are substantially “committed and seasoned” and will also seek to build a diverse, global portfolio of assets that span core, value-add and opportunistic strategies, according to the note.

In a memo from consultant Aon Hewitt presented at SDCERS’ meeting, merits of REP VIII include Landmark’s track record of sponsoring six dedicated real estate secondaries funds which have generated a net internal rate of return of 26.8 percent. Three of those funds rank in the top quartile for their IRR in their respective vintages, the memo noted.

Landmark also benefits from having relationships with 125 managers in 350 partnerships, according to the memo.

Aon Hewitt cited three concerns regarding REP VIII: the additional layer of fees paid when compared with direct investing; the firm’s sale to Old Mutual Asset Management in June, and the fund allocating up to 30 percent of its investments outside of the US where it does not differentiate in any particular region.

SDCERS’ investment committee approved a $20 million investment in the fund, minutes from the meeting showed.

Funds in market targeting real estate through dedicated secondaries or multi-manager vehicles include Partners Group Real Estate Secondary 2017, which was registered in the US in October with an undefined target, and Portfolio Advisors Real Estate Fund VI, which had attracted $220 million out of an undisclosed target.

Separately, Landmark is also seeking $4 billion for the 16th in its private equity secondaries fund series, Landmark Equity Partners XVI, which has a $4.7 billion hard-cap, as Secondaries Investor previously reported.