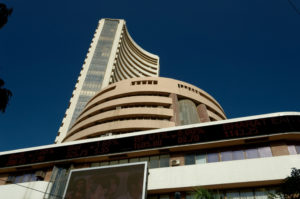 Landmark Partners‘ owner Religare Enterprises has sold its majority holding back to the private equity and real estate secondaries firm and other minority shareholders about five years after first acquiring the interest.

“Religare Enterprises Limited (REL) has entered into a definitive agreement to divest its stake in Landmark Partners, and certain of its subsidiaries,” the Indian financial services firm said in a regulatory filing with the Bombay Stock Exchange on Wednesday.

The deal is expected to close on 30 June and financial terms were not disclosed.

Religare agreed to pay up to $171.5 million for a 55 percent stake in the firm in December 2010, saying the acquisition would allow Landmark to expand its secondaries investment activity into countries where Religare’s financial services platform was present.

The New Delhi-based firm also recently sold its stake in fund of funds manager Northgate Capital to London family office The Capital Partnership for an undisclosed sum. Religare had acquired around a 65 percent stake in Northgate in 2010.

A spokesman for Landmark declined to comment, saying the process was in the very early stages.