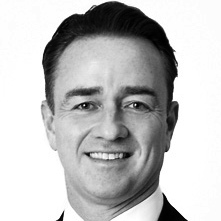 Slow growth in Europe is having a negative effect on real estate fund pricing, although transactions should increase in the coming years, according to Paul Parker, managing director of Europe and Asia real estate at Landmark Partners.

Can we expect to see more, and newer, buyers coming into the market?

Relatively speaking, since we started in this business in the mid 1990s there has been an increasing number of inquisitive potential buyers eager to understand what kind of opportunity exists in the secondaries space. In addition, a growing number of limited partners have become more comfortable in utilising the secondaries market to manage their portfolios as they would their direct portfolios or their private equity interests.

Landmark Partners has shown through its annual assessment of secondaries deal volume that there has been a 39 percent compound annual growth rate in transactions over the last five years. Combined with other estimates in the market place, annual deal volumes are now in the order of $4 billion to $5 billion per annum. However, it is prudent to draw a distinction between buyers with the experience and capability to execute and buyers merely inquiring.

A lot of 2006-and 2007-vintage European real estate funds will soon reach their liquidation phase. Is this going to trigger a surge in secondaries activity in the coming years?

It is common practice to see a heightened level of activity in partnerships that are approaching maturity, with corresponding deadlines to make decisions on the future of the fund. It’s also very common to observe that limited partners have very different investment objectives and time parameters. Unless they are completely aligned and likeminded, this inevitably leads to some level of discord and disagreement, which may well culminate in liquidity requirements.

As the volume of capital raised and funds being originated peaked between 2005 and 2008, it goes without saying that this will manifest itself in elevated secondary activity over the next few years.

What impact has the slow growth seen in Europe in recent years had on the real estate secondaries market?

The slow growth, or more bluntly, the drawn-out recession in many parts of Europe has manifested itself in more cautious pricing metrics than those seen in either the US or Asia. Low transaction volumes, paralysed debt markets and overestimated valuations have all lead to a certain lack of visibility and uncertainty when projecting asset realisations and exits.

This alone has thwarted some of the best laid plans of highly regarded sponsors, but as a secondaries buyer we have had to maintain a cautious approach and side with conservative estimates. The implication of this has been reflected in European fund pricing and has consequently had an impact on the number of transactions that have reached full conclusion.