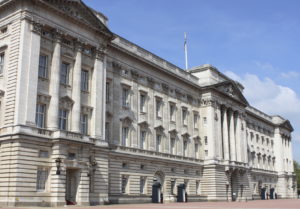 Landmark Partners purchased a stake in TDR Capital II from Phoenix Life Assurance for an undisclosed sum, according to a UK regulatory filing.

Landmark purchased the stake with its Landmark Equity Partners XV, which closed at the end of 2014 with $3.25 billion.

UK-based Phoenix Life Assurance, the life insurance arm of Phoenix Group, also sold a portion of its stake in the fund to NCL Investments LP, according to the filing. NCL Investments LP is a separately managed account of Landmark, according to a performance review document from North Carolina Department of State Treasurer, which committed $250 million in Landmark Equity Partners XV. Following the transaction, Phoenix Life Assurance is no longer a limited partner in TDR Capital II.

“OPAL sold TDR as part of its investment strategy for the assets backing annuities, which are reassured to them from Phoenix Life Assurance,” said a spokeswoman for OPAL, which is a captive reassurer within the Phoenix Group.

TDR Capital declined to comment on the deal. The London-based private equity firm was founded in 2002 by Manjit Dale and Stephen Robertson, a team that spun out of Deutsche Bank Capital Partners. TDR Capital II is a buyout fund focused on European mid-market deals that closed in 2007 with €2.2 billion, according to the firm’s website.

LPs in TDR Capital II also include Graphite Enterprise, which committed €20 million to the fund in 2006, according to Graphite’s website.