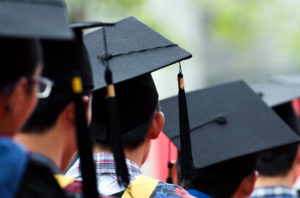 Updated to specify that Michael Scanlon joined Landmark’s operations team and that most of the hires joined in June and July.

The firm made at least seven hires across its private equity, real estate, and investor relations and business development operations, including graduates from MIT’s Sloan School of Management, Dartmouth College and Babson College, according to Landmark’s website. Most are recent graduates who joined in June or July, according to their LinkedIn pages.

In London, the firm has made at least one new hire, with Nastassja Minaev joining as an analyst on the private equity team. Minaev, a graduate of Babson College, previously worked as an intern at Siguler Guff & Company where she worked on emerging markets private equity investment strategy, according to her LinkedIn profile.

In the firm’s US offices, Raymond Shih joined from MIT’s Sloan School of Management with experience at the Santander Group where he was a credit risk analyst, according to his LinkedIn profile, and Edwin Yung joined from Dartmouth having worked at Morgan Stanley as a summer junior associate.

Christopher Bass joined the firm from Charleston College in July having worked as an intern at Sequence Financial Specialists, and Andrew Beaudoin joined from Williams College with experience as an intern at Boston boutique investment bank Chestnut Partners.

Michael Scanlon joins as an analyst in the firm’s operations team. Scanlon graduated from Providence College where he worked as a student security analyst.

The firm has also hired Matthew Turner as an investor relations professional. Turner was previously the head of business development at Disruption Corporation, an Arlington, Virginia-based venture capital firm.

Landmark has now hired at least 12 people this year, including Chelsea Stevenson who joined the firm’s investor relations and business development team in May from PEI Media in New York. At least two executives have departed with private equity co-manager Scott Conners retiring in July and real estate secondaries executive Jarrett Vitulli leaving in May to join Evercore in New York.

In May, Landmark closed its latest real estate secondaries fund, Landmark Real Estate Fund VII, above its initial $1 billion target. It has committed $552 million across 11 transactions so far.