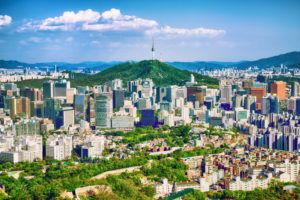 The Seoul-headquartered institution wants to find buyers for a portfolio worth around $2.8 billion of mainly private equity fund stakes, according to two sources familiar with the matter. Around $1.8 billion of the portfolio comprises net asset value with the remainder unfunded, one of the sources said.

KIC is working with advisor Park Hill on the process, according to the sources.

The fund stakes include those managed by Apollo Global Management, Carlyle Group, BC Partners, Ares Management, Thomas H Lee Partners and Clayton, Dubilier & Rice, one of the sources said.

The portfolio is being priced off a 31 March valuation date and contains interests in at least 30 funds, it is understood.

It is unclear why KIC is selling the portfolio.

KIC had $131.6 billion in assets under management as of the end of 2018, according to its latest annual report. It committed €150 million to BC Partners’ BC European Capital X and is also an LP in the 2015-vintage EQT VII and 2014-vintage €3.29 billion PAI Europe VI, according to PEI data.

In August, KIC installed Dae-yang Park as chief investment officer. Park had been CIO at the $13 billion Korea Teachers Pension Fund since 2017.

The SWF was founded in 2005 to increase national wealth and contribute to the growth of South Korea’s finance industry. It is the 14th largest sovereign wealth fund in the world, according to the Sovereign Wealth Fund Institute’s latest ranking.

Several multi-billion dollar LP portfolio processes have hit the market in recent weeks. On Wednesday, Secondaries Investor and sister publication Buyouts reported that Teacher Retirement System of Texas was shopping a portfolio of private equity stakes that could be as large as $3 billion.

KIC and Park Hill did not return requests for comment.