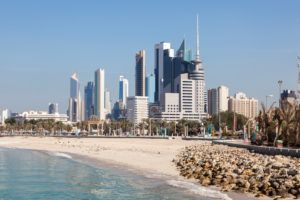 The Kuwait Investment Authority, the world’s fifth largest sovereign wealth fund, has chosen to remain an investor in buyout firm Duke Street’s restructuring of its sixth fund, a UK regulatory filing has revealed.

The $592 billion state fund was one of at least 25 LPs which rolled over into a new vehicle as part of the restructuring.

In January Goldman Sachs Asset Management and Madrid-based Arcano Asset Management emerged as buyers of half of limited partners’ stakes by value in the 2006-vintage Duke Street Capital VI fund. The process involved between €120 million and €130 million in net asset value changing hands and was run by Lazard.

LPs who decided to stay had their stakes moved into a special purpose vehicle, Duke Street VI SPV, which is a four-year vehicle that replicates the terms of Duke Street VI.

Duke Street VI, which closed on €963 million, had a 2.3x return multiple and a 29 percent gross internal rate of return as of 30 June according to a statement announcing the close of the restructuring in January. The fund’s six remaining assets include pan-Asian restaurant chain Wagamama and UK discount department store operator The Original Factory Shop.

Duke Street confirmed KIA, Strategic Partners, Lexington, Unigestion, Fennia and Credit Agricole were among LPs who chose to roll over.