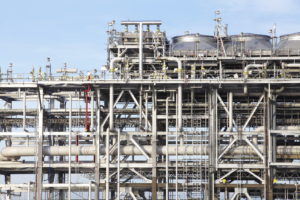 Japan Trustee Services Bank, a trust bank established in 2000 by Daiwa Bank and Sumitomo Trust & Banking Co, has sold its stake in Macquarie European Infrastructure Fund 4, according to a UK regulatory notice.

JTSB sold 65 percent of its stake to GCM Chorus Holdings II and 35 percent of its stake to Danish Unipension, which manages the assets of The Architects’ Pension Fund, MP Pension and The Pension Fund for Agriculture Academics and Veterinary Surgeons. More information on GCM Chorus Holdings II, a Delaware-registered investment vehicle, was not available at press time.

Macquarie’s Fund 4 closed in April 2013 on €2.75 billion, surpassing its €2 billion target, according to PEI’s Research and Analytics division. The 2011-vintage fund was the largest unlisted infrastructure fund to close during the first half of 2013, with limited partners including the British Columbia Investment Management Corporation and Edinburgh-based Lothian Pension Fund.

The fund is currently investing in core European infrastructure opportunities that provide essential services to the community and can generate sustainable and predictable cash flows over the long-term. In 2012, a Macquarie-led consortium acquire gas transmission network operator Open Grid Europe for $4 billion, according to media reports. Fund 4 also invested in Czech Gas Networks and Slovakian transmission services provider Towercom.

Macquarie’s prior European infrastructure fund closed on €1.2 billion in 2010 and has made four investments including the Brussels and Copenhagen airports. Last month, The University of Arizona Foundation sold its stake in Macquarie European Infrastructure III to UK pension authority the Royal Borough of Windsor and Maidenhead, Secondaries Investor reported.