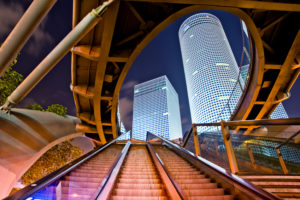 Israel Secondary Fund, a Tel Aviv-based firm, has held a first close on its latest secondaries fund focusing on LP stakes and direct secondaries deals in Israel-related funds and companies.

The secondaries firm has raised over half its $100 million target for Israel Secondary Fund II, according to Dror Glass, managing partner at the firm. The fund has received commitments from Israel-based institutional investors, family offices and private investors.

“Israel is the second-largest high-tech hub after Silicon Valley,” Glass told Secondaries Investor. “These days it takes a lot more time to grow a large company, and we see that there is a high liquidity need in this process.”

The fund was launched in December 2015, according to a filing with the US Securities and Exchange Commission.

The firm expects to complete fewer than 30 deals from the fund with an average size of between $3 million to $4 million per deal, Glass said. The fund will have an even split between limited partner and direct secondaries.

Israel Secondary Fund’s debut fund, Israel Secondary Fund I, is a 2009-vintage vehicle with $50 million in assets that has held direct and indirect stakes in over 100 companies, according to the statement. Fund I has realised 30 exits including Waze, a social navigation firm that was acquired by Google in 2013 for around $966 million and PrimeSense, a 3D imaging hardware maker that was bought by Apple in 2013 for a reported $360 million.

Israel Secondary Fund was founded in 2009 and is managed by Dror Glass, Nir Linchevski and Shmuel Shilo, according to the statement.