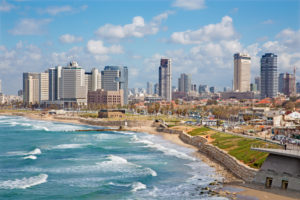 Israel Secondary Fund has reached the final close on its latest vehicle, which focuses on direct and indirect investments.

The firm has collected $100 million for ISF II, according to a statement.

The investor base comprises mainly Israeli institutional investors, such as Bank Hapoalim and Union Bank of Israel, as well as international institutions and local investment houses including Altshuler Shaham and Halman-Aldubi.

All investors from the $50 million ISF I, which launched in 2009, returned for ISF II, Glass said. ISF II also attracted new investors whose identities have not been disclosed.

ISF II can make investments in Israel-based companies as well as any with a connection to the country; according to Glass, there are more than 1,000 companies that fit the bill in the US alone. The fund reached a first close around a year ago and four investments have already been made, he said.

ISF I  held direct and indirect stakes in more than 100 private companies. It has realised 35 exits, including through Google’s acquisition of traffic and navigation app Waze and Apple’s acquisition of 3D sensing company PrimeSense, according to the statement.

Israel Secondary Fund was founded in 1998 and is co-managed by Glass, Nir Linchevski and Shmuel Shilo.