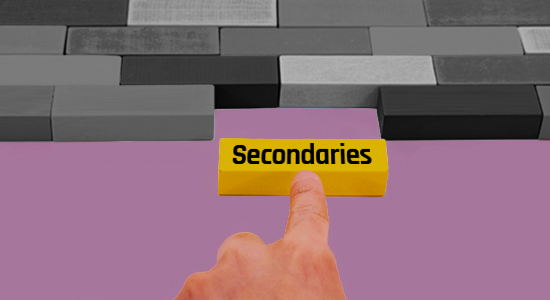 Although the advent of the private debt secondaries market has been much anticipated and is now finally beginning to take shape, investors are still hesitant to dive into the nascent space.

As secondaries markets continue to grow for alternative assets, just 12 percent of LPs plan to commit capital to debt secondaries in the year to September, according to sister title Private Debt Investor’s LP Perspectives 2021 Study. This compares with 48 percent who will commit to private equity secondaries funds.

Daniel Roddick, founder of London-based advisory firm Ely Place Partners, said the driving forces behind the original growth in private debt have not gone away and it stands to reason that the secondaries market will evolve just as it has in infrastructure and real estate. “A number of developments have taken place that have led to an emergence of a burgeoning secondary market in private debt,” he said. Roddick pointed to the maturing of the private credit market, its increasing diversity – to include venture debt, real estate lending, asset-backed credit and distressed strategies – and LPs getting more sophisticated and building dedicated private debt teams.

“With $100 billion to $125 billion of private debt capital raised each year, and a current estimated $500 billion of unrealised value in net asset value terms, a conservative estimate of 1-2 percent of NAV trading hands each year gives us an annual market of $5 billion to $10 billion,” he said. “This is also consistent with what we have heard credit secondary investors tell us about the volume they have seen in the past 12 months.”

Yet although the green shoots of a new market may be starting to gather strength, only 7 percent of LPs plan to both buy and sell debt fund stakes on the secondaries market in 2021, with 9 percent planning on buying only and a further 3 percent expecting just to sell. One key distinction between private credit and other alternative assets is the fact that debt is self-liquidating, with loans lasting for fixed terms before being repaid or refinanced. Debt fund lives are also typically shorter, lasting six to eight years as opposed to private equity’s 10 to 12, so there are fewer sellers.

Still, liquidity demands, asset allocation shifts and performance issues can drive LPs to sell while, on the buy side, a handful of firms have set up dedicated pools of capital for credit secondaries. In September 2020, London fund-of-funds manager Pantheon raised $800 million for its Global Private Credit Fund series, which includes a focus on private credit secondaries.

Rakesh Jain, global head of private credit at Pantheon, told PDI: “We have the flexibility to not only acquire LP interests, but we can also partner with credit manager GPs to provide solution capital to address a range of liquidity needs. For example, our capital can be used to support portfolio companies, pay down leverage in credit vehicles, or establish continuation structures to enhance returns for LPs or GPs.”

Covid-19 will likely increase demand for such solutions as well as extending the lifespans of some private debt funds as companies are restructured and loans worked out. This, in turn, has the potential to bring more funds on to the secondary market.