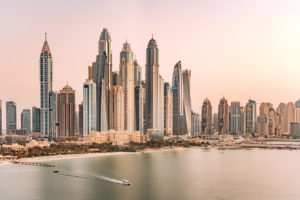 Investcorp has used preferred equity on a portfolio of assets located in the Middle-East and North Africa, Secondaries Investor has learned.

The Bahrain-headquartered investment manager said on Monday that it had signed a deal with HarbourVest Partners which would provide liquidity for Investcorp’s existing $866 million MENA private equity investment portfolio. The transaction includes as much as $130 million for follow-on and fresh investments.

Investcorp will maintain an interest in the portfolio and its MENA private equity team will continue to manage it, the firm said in a statement.

It is unclear whether HarbourVest gained plain equity exposure to the portfolio or whether the $130 million was extended as preferred equity.

A buyside source familiar with the deal said HarbourVest would receive a “considerable percentage” of early cashflows and that the deal allowed HarbourVest to de-risk the assets.

The preferred equity structure “recognises the fact that [the assets are] in slightly hairier geographies”, the source said.

Investcorp has 13 MENA-based private equity assets including Al Borg Medical Laboratories, oil and gas services provider Hydrasun and luxury menswear brand Orka Group, according to its website. It is unclear which assets are included in the deal.

Hazem Ben-Gacem, Investcorp’s co-chief executive officer, said in the statement: “This milestone deal is a testament to the attractiveness of Investcorp’s MENA portfolio to global institutional investors, our ability to leverage our strong relationship with an existing partner, HarbourVest, and to our innovative approach to creating value for all stakeholder groups.”

This is at least the third secondaries deal carried out by Investcorp this year and the second backed by HarbourVest. In January, HarbourVest backed the $185 million restructuring of ITP Fund III, a 2007-vintage technology fund, and made a primary commitment to its successor.

For Investcorp, complex secondaries deals are part of a strategy to institutionalise its investor base with an eye to having $50 billion in assets under management by 2024, Ben-Gacem told sister publication Private Equity International earlier this year.

Investcorp and HarbourVest declined to comment on the structure of the deal.