Mercury Capital Advisors, a global advisory and placement firm, has been acquired by Investcorp.

New York-headquartered Mercury will become a wholly independent subsidiary of the Bahrain-listed investor following the acquisition, which is expected to close in the third quarter of this year. Financial details of the transaction were not disclosed.

Four representatives from Investcorp will join Mercury’s board of directors post-acquisition, with Mercury’s management team continuing to run the business.

“While our board of directors will be different, we will continue to make decisions in our operating committee about which funds to take on. It will be no different that it has been,” Alan Pardee, managing partner and co-founder of Mercury told sister publication Private Equity International.

Pardee added that the transaction has been in the pipeline for some time and that the firms will become “strong partners in private equity, real estate and credit”.

Investcorp has been actively building its private equity portfolio in the last two years. The firm made its first deals in China and India early this year with the acquisition of the private equity and real estate units of IDFC Alternatives, as well as a $250 million commitment to China Everbright’s artificial intelligence and smart retail-focused fund. The Bahrain-listed firm’s expansion strategy includes a near-term target of $50 billion in assets under management.

Mercury was founded in 2009 and has closed over $170 billion in fund commitments since 2003, when the Mercury team was at Merrill Lynch. The firm provides advisory services on direct deals and co-investments, joint ventures and secondaries transactions, as well as consulting services for general partners. The firm has raised capital for Coller Capital and Bain Capital, among others. 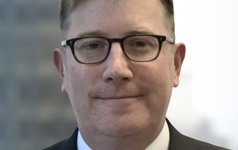 Fundraising 8 hours ago
Added to your Saved Articles
Loading
Unsave Article
Please confirm you would like to remove this article from your saved articles.
Share with other subscribers
Only logged in subscribers of this site will be able to access the shared article.