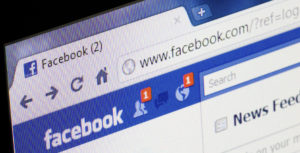 Fund VII is Industry Ventures’ largest fund to date. The fund closed on $425 million last year, alongside a special opportunities fund that raised an additional $200 million for larger secondaries transactions, according to a statement. Fund VII received commitments from 30 limited partners including the New Hampshire Retirement System and the Employees Retirement System of Texas, according to PEI’s Research and Analytics division.

Fund VII is on track to maintain its three-year investment pace, Swildens said. Each deal will average between $5 million and $10 million and 90 percent of the investments will be made in the US. The remaining 10 percent of deals will focus on Europe, primarily in London. Industry Ventures has only completed one deal in Asia during its lifetime, buying a stake in Chinese internet retailer Alibaba.

Industry Ventures was founded in 2000 by Swildens, who previously co-founded Microline Software, a development tools and software company. Industry Ventures is based in San Francisco and has an office in Alexandria, Virginia.