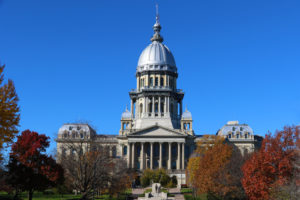 The Teachers’ Retirement System of the State of Illinois (TRS) has committed $400 million to real estate funds including a secondaries vehicle, it said last Thursday.

Madison launched the sixth fund in March 2015 with a $950 million target. In addition to TRS, the West Virginia Investment Management Board has also committed an undisclosed amount.

The firm’s fifth real estate secondaries fund closed on $825 million in April 2014. It launched in 2013 with a $750 million target and received commitments from the Employees Retirement System of Texas and the West Virginia Investment Management Board, according to sister publication PERE‘s Research & Analytics division.

The pension also recommitted to Lone Star Funds with a $300 million allocation to the Dallas-based firm’s fifth fund. Lone Star oversees $108 million in TRS real estate assets, according to the pension system.

The firm launched Lone Star Real Estate Fund (LSREF) V in December 2015 with a $5.5 billion target and plans to raise the fund’s capital in just one close. Lone Star held a “one and done” close in April for its predecessor property fund after launching the vehicle in the fourth quarter of 2014. The firm closed LSREF IV on the fund’s hard-cap of $5.5 billion, according to a note sent to limited partners at the time, and brought in a total of $5.9 billion. Investors in the fourth fund included Oregon State Treasury, Teacher Retirement System of Texas and South Dakota Investment Council, which all allocated $300 million, according to PERE data.

The real estate series of funds at Lone Star targets commercial real estate debt and equity investments in the Americas, western Europe and Japan. One of Lone Star’s recent large deals included the purchase of a portfolio of Irish loans. In December, the US firm joined forces with Irish property group Cairn Homes to buy the book, known as Project Clear, from Ulster Bank for €503 million. The loans have a par value of about €2 billion.

TRS managed $43.7 billion as of 31 December, with $6.5 billion in real estate assets, according to a statement.