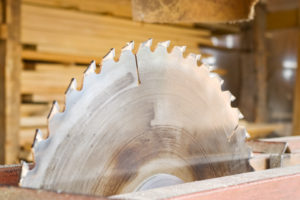 Idinvest Partners, the Paris-based firm that invests in French and European low and mid-market segments, has bought stakes in two Nordic mezzanine funds, according to a UK regulatory filing.

The French firm bought stakes in Nordic Mezzanine Fund II and Fund III from Finnish pension insurer Veritas Pension Insurance. The deal was completed on 8 April, according to the filing.

The two €240 million funds are from 2003 and 2009 and are mezzanine debt vehicles focusing on buyouts, venture capital and growth capital in western Europe.

Fund III focuses on $10 million to $100 million mid-market buyouts and expansion capital throughout the Nordic region, German-speaking Europe and Benelux. It has made less than a dozen investments in companies including Kotkamills, a Finnish sawmill and paper manufacturer, Advania, an IT firm based in Iceland, and Powerlines Group, an Austrian railway engineering and power line construction company which it financed in 2008.

The fund, which closed at €320 million, was reduced to €240 million four years after it closed due to the slow pace of investment, according to a London-based spokesperson for Nordic Mezzanine.

Idinvest last week closed its latest fund, Idinvest Private Debt III, above target at €400 million. In terms of debt, the firm focuses on new issues on the primaries market, as well as seeking opportunistic exposure on the secondaries market through line by line purchases or whole portfolios. Idinvest has €5 billion under management and co-invests with top performing European leveraged buyout funds supplemented by secondaries investments, according to its website.

A spokesperson for Veritas in Helsinki declined to comment on the sale. It wasn’t clear if Veritas has any remaining exposure to Nordic Mezzanine funds.