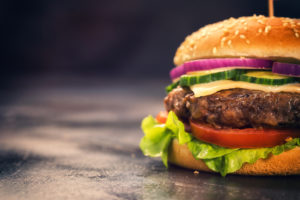 Three Hills Capital Partners, which spun out of UK private equity firm Hutton Collins in 2013, has completed GP-led processes on its first and second funds.

The hybrid capital provider gave investors in 2014-vintage Three Hills Capital Partners Fund I and 2016-vintage Three Hills Decalia the opportunity to roll into continuation vehicles or sell to secondaries investor Idinvest Partners, according to a statement seen by Secondaries Investor. Rede Partners advised on the processes, which was worth €192 million including follow-on capital.

The continuation vehicles have a life of four years plus an optional one, Three Hills managing partner Mauro Moretti told Secondaries Investor. The transaction gives the firm more time and capital to maximise the value of the seven remaining portfolio companies, some of which are co-invested between Funds I and II.

“We have a lot of entrepreneurs and families invested with us,” Moretti said. “Showing them there is a secondary market that makes the product more liquid is a value-added. It’s a bit of work, because you need to run a process. But otherwise investors who have to sell for their own reasons are sometimes forced to accept a discount negotiating one on one.”

In early 2018 Three Hills acquired half of the portfolio of Hutton Collins’ 2009-vintage debut, including struggling hamburger restaurant Byron, via a secondaries deal, Secondaries Investor revealed. The firm closed its third fund on its €540 million hard-cap in February.

Idinvest Partners, which targets the European mid-sized and lower market, is raising its fourth dedicated secondaries fund targeting €500 million, according to PEI data.

– This story was updated to include the lawyers who advised Idinvest on the transaction.