As senior vice-president, Boumalala will be in charge of marketing the firm’s strategies to institutional investors in France, Italy, Spain, Geneva, Monaco and selected strategies to Israel, according to a statement from ICG. 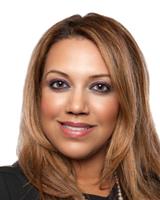 Boumalala spent 11 years at Neuberger Berman including seven years with the institutional sales team where was involved in a variety of complex alternative investments, the statement noted.

Her most recent role was as vice-president of sales for Middle East and North Africa.  She had led the build-out of institutional sales to Israel before that, according to her LinkedIn page.

She will report to managing director of marketing and client relations Michael Biereth.

London-headquarered ICG manages £27.2 billion ($38.3 billion; €30.9 billion) in assets across primary and secondaries private equity as well as private debt and private credit, according to its website.

It is likely to return to the market this year with its latest secondaries fund Strategic Secondaries III, according to the asset manager’s half-yearly results.

Strategic Secondaries II held its final close in April on $1.1 billion, above its $1 billion target, according to PEI data.