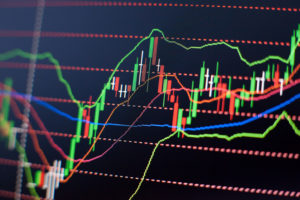 The London-listed vehicle increased its investment in secondaries to £17 million ($21.8 million; €20.4 million) in 2016 from £7 million ($9 million; €8.4 million) a year earlier, a spokeswoman told Secondaries Investor.

Annual results released on Tuesday reveal during 2016 ICG Enterprise Trust made commitments to the ICG Strategic Secondaries Fund II, which reached first close in June on the way to a target of $1 billion, and ICG Asia Pacific Fund III, a mezzanine debt fund. These broaden the geographic scope of the trust’s commitments and “increase the proportion of investments on which shareholders do not pay a management fee”, according to the the results.

ICG Enterprise Trust also completed purchases in mezzanine funds ICG Europe V and ICG Europe VI and invested in a €12 million fund restructuring alongside the ICG Strategic Secondaries Fund. The fund subject to the restructuring was an older-vintage mezzanine fund managed by ICG, the spokeswoman confirmed, and ICG will continue to manage it on behalf of new investors.

In total, ICG-managed investments, direct co-investments and secondaries accounted for 39 percent of total investments made by ICG Enterprise Trust in 2016.

The gradual move toward secondaries and co-investment activity has been aided by last year’s change of management, the results noted. ICG Enterprise Trust had been owned by Graphite Capital, when it was known as the Graphite Enterprise Trust. ICG acquired it in December 2015, and retained the management team. The trust’s portfolio was valued at £594.3 million as of 31 January, with ICG directly managing 10.1 percent and the management team 23.7 percent.

Net asset value per share was 871 pence as of the end of January, resulting in a total return of 23.4 percent for 2016. This was driven by underlying portfolio growth of 21.8 percent and a positive foreign exchange impact of 7.1 percent.