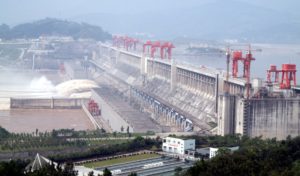 HarbourVest Global Private Equity Limited (HVPE) received $66.9 million in realisations from HarbourVest funds and co-investments in December, up from $31.2 million in November, according to a statement.

HVPE is a listed fund of funds that invests in and alongside HarbourVest Partners’s managed funds.

There were 47 exits in December including 43 merger and acquisitions and four IPOs. At least two of the realisations were made through secondaries holdings: the floatation of Nordic hotel chain Scandic Hotels Group, held in the portfolio managed by buyout firm EQT, and the sale of China Hydroelectric Corporation to Shenzhen Energy Group, held in HarbourVest’s secondaries portfolio through Hong Kong-based direct secondaries firm NewQuest Capital Partners.

The China Hydro deal was worth around $543 million, as Secondaries Investor reported in September, though it was not clear how much NewQuest or HarbourVest made from the sale.

In December, HVPE made a $132 million commitment to the US-focused fund of funds HarbourVest X Buyout, bringing the total commitment to $232 million.

HVPE’s portfolio remained 34 percent dedicated to secondaries, with 50 percent to primary and 16 percent to direct strategies.

On 31 December, HVPE’s estimated net asset value (NAV) per share was $16.93, a 1 percent increase from its $16.80 NAV per share on 3o November. The vehicle listed on the main market of the London Stock Exchange in September and is also listed on Euronext Amsterdam.