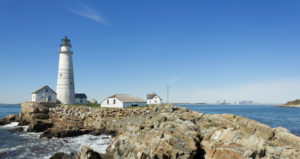 This brings total HVPE commitments to the global fund of funds, which invests in secondaries, to $100 million.

Last month, HVPE also invested $17.3 million in HarbourVest funds, while the pipeline of future commitments was $972.8 million as of 31 October.

Meanwhile, HVPE received $23 million in realisations during October, compared to $44.2 million in September. Realisations came from a total of 61 liquidity events, including 48 mergers and acquisitions, the rest being initial public offerings.

As of 31 October, HVPE’s estimated net asset value, or NAV, was $16.65 a share, up from $16.42 in September. The firm noted the increase in holdings’ value was partially offset by negative foreign currency movement and operating expenses.

HVPE is HarbourVest Partners’ listed fund of funds. It invests in and alongside HarbourVest-managed funds, providing investors with a long-term capital appreciation by investing through a diversified private equity portfolio.