The Germany-headquartered firm will launch Auda Secondary Fund V and Auda Asia Secondary Fund II after closing its latest primaries vehicle, according to a source with knowledge of the matter. HQ is expected to close Auda Capital VIII above target in Q1 2020, sister publication Private Equity International reported on Monday.

It is understood the firm has yet to decide a target for either fund.

Around 10 percent of Fund IV was initially committed to the Asia vehicle – a figure that had risen to roughly 20 percent as of November, the source added. Asia is also expected to account for more than half of the new primaries vehicle, the largest proportion to date.

The Auda Secondary Fund IV closed three transactions in the second quarter of this year – including via its Auda Asia Secondary Fund – representing approximately $34.5 million in new deal commitments, according to the vehicle’s 2Q 2019 Quarterly Report obtained by Secondaries Investor. Fund IV was 88 percent committed as of 30 June.

HQ Capital, which manages $11.3 billion in assets across 10 offices, was formed in 2015 following a merger between US-based private equity firm Auda, real estate firm Real Estate Capital Partners and German mid-market firm Equita, according to its website. It is anchored by the Harald Quandt family of Germany. 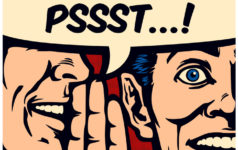