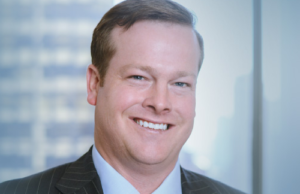 The Department of Justice (DOJ) has charged Andrew Caspersen with securities and wire fraud, alleging he attempted to gain $95 million from investors. The DOJ has said he created a phoney credit facility related to a real stapled secondaries transaction.

Caspersen joined advisory firm Park Hill in 2013 from Coller Capital. Last year, Park Hill worked with private equity firm Irving Place Capital on the restructuring of its Fund III and a related stapled transaction. London-based Coller was the main investor in that transaction, which closed in the summer.

Coller, Irving Place and Park Hill have all told Secondaries Investor that they had no knowledge of the alleged actions of Caspersen and no accusations have been made against them. Coller said it found out about the matter in late March. Park Hill said it began an internal investigation led by outside counsel, and then quickly brought the matter to the attention of the US Attorney’s Office in Manhattan.

Here’s how the alleged scheme worked, according to the complaint from the US Department of Justice:

Caspersen’s offer
In October, Caspersen allegedly emailed an individual at a New York-based multinational hedge fund to inform that person, responsible for evaluating and recommending investments for a charitable foundation affiliated with the hedge fund, of a new investment he had structured and in which he claimed he was personally investing.

According to the federal complaint, Caspersen presented the opportunity to the individual as follows:

He said Irving Place wanted to offer liquidity to its investors and Coller wanted to buy out the investors willing to sell, but Irving Place was concerned Coller did not have enough money to purchase those positions. As a result Park Hill had agreed to make an $80 million loan to Coller, Caspersen allegedly said.

The DOJ claims that Caspersen said that he and Park Hill were working on behalf of Coller to solicit investors for the loan, with Caspersen having already raised $30 million from his family office and two other family offices. The accused then allegedly explained that because Coller had already agreed to the loan, it was obliged to pay interest at an annual rate of 15 percent, but the $80 million would remain in a special purpose vehicle incorporated by Caspersen.

In short, Caspersen allegedly offered the individual from the hedge fund the opportunity to invest in the $80 million credit facility secured by a private equity portfolio backed by Coller.

The transfers
The DOJ said that at the beginning of November, the hedge fund executive wired $24.6 million of the organisation’s money and $400,000 of his own money into an account designated by Caspersen to invest in the SPV.

The next day, Caspersen allegedly wired $17.6 million of the money to his personal brokerage account and immediately began using the funds to trade options. His trades caused about $14.5 million in losses and his brokerage account had a net loss of about $25 million for 2015 as of 31 December, according to the DOJ’s investigation.

Caspersen also transferred $8 million from the SPV to an account controlled by Park Hill to cover up an earlier unauthorised wire transfer of the same amount to a bank account he controlled, the DOJ alleges.

Suspicions arise
At the beginning of March, Caspersen asked the same individual at the hedge fund for an additional $20 million for the same purported deal, according to the DOJ.

But that individual questioned the identity of the purported signatory for the SPV created by the accused, who replied that the signatory worked at Coller.

The DOJ said the individual asked to speak directly to the signatory, so Caspersen emailed him and the purported signatory to set up a conference call for later that day. The individual was suspicious of the email address used by Caspersen, as the domain name had been registered 20 minutes after the individual’s request for a phone call. The domain name in the email address also differed from the one associated with the real firm.

The individual then asked for the $25 million investment back, plus interest, to which Caspersen replied on 11 March that the money would be wired back by the end of the month, the complaint claims. The money has yet to be returned, but the foundation did not invest an additional $20 million, the DOJ said.

The department also claims Caspersen tried to defraud another investor of $50 million in a similar fashion during the same period, but in December, when the targeted investor sought to put its general counsel in touch with Caspersen’s counsel, he allegedly stalled and the firm never invested in the SPV.

Caspersen appeared in court on Monday 28 March and was scheduled to appear again on 29 March. He was released on $5 million bail secured by his Manhattan apartment and a property in Bronxville, New York. Defence lawyer Dan Levy said at a hearing that Caspersen did not have access to the funds prosecutors claimed he had.