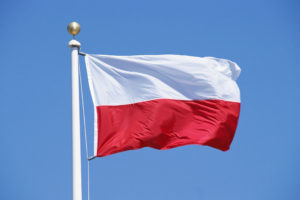 The firm bought a stake in 3i Europartners IVc, a 2003-vintage, €2.7 billion buyout fund targeting European mid-market opportunities, from Amundi Secondary Fund 2016 through its Secondary Opportunities V-B vehicle, a filing showed. It is not clear when the deal closed, though Amundi was only admitted to the fund as a limited partner in January 2017, according to a filing on the Companies House website.

Hollyport Secondary Opportunities V-A also acquired a stake in Nova Polonia II from FCPI SWEN LBO Europe on 17 July, according to a separate filing. NPII is a 2006-vintage, €100 million vehicle focused on lower mid-market opportunities in Poland and managed by Krokus Private Equity, according to the firm’s website.

Investors in the fund include the European Bank for Reconstruction and Development and Natixis Private Equity, according to data from Private Equity International.

Krokus was founded by Chase Manhattan Bank and Polish bank WBK in 2006. Its most recent vehicle, the 2015-vintage Krokus Polonia IV, has raised €16 million of its €80 million target, according to PEI data.

It is not known how much Hollyport paid for either stake.

The £187.5 million ($246.4 million; €207.6 million) Hollyport Secondary Opportunities V has previously acquired stakes in EQT III and Terra Firma Capital Partners II, according to PEI data. LPs in Hollyport V include ICG Enterprise Trust, which committed £7.5 million in July 2015, according to the London-listed company’s annual report and accounts for 31 January 2016.

Hollyport is returning to the market with a sixth secondaries fund of around £400 million, Secondaries Investor reported in February. The firm currently manages $550 million in assets.

Amundi and 3i declined to comment on the deal. Hollyport, Swen and Krokus had not returned a request for comment by publication time.