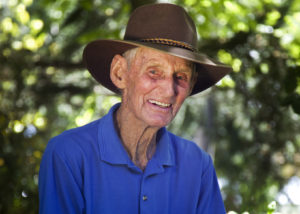 “The fee issue in Australia has driven institutional investors like superannuation funds to sell,” a source at an advisory firm in Singapore told Secondaries Investor. “Although those private equity programmes are generally small, the average fee ratio is higher than other types of investments such as equities and fixed income and some institutions have taken the view that that’s a reason for them to exit private equity.”

Globally, pension funds were the largest sellers of private equity during the first half of this year, accounting for about 35 percent of sellers by volume, according to a July report by Greenhill Cogent. While sales of fund interests from limited partners based in the Asia-Pacific region still only account for about 5 percent of global volume, activity in the region is growing, with total deal flow involving investors or managers in Asia, Asian-based funds or Asian-focused funds rising to about 20 percent from 5 percent of global volume over the last five years, according to industry participants.

Australian superannuation funds have focused on minimising the fees they pay since a government review in 2009 and 2010 recommended percentage-based fees be reduced.

“The way the review was interpreted by many was just to focus on fees, which can be frustrating at times because private equity returns on a net basis have been very strong here,” said a partner at a global investment firm that raises secondaries funds in Sydney. “If you just focus on fees, as some investors are doing, then that becomes a driver for some of them to reduce their positions, so they access the secondaries market.”

Australian pension funds aren’t the only ones concerned about private equity fees. Last week, Dutch pension fund PGGM said it was planning to stop investing in external money managers, including private equity firms, that did not fully disclose their fees, and CalPERS, the largest US pension fund, is also cutting the number of private equity managers it uses in part to reduce fees.

Last year the $300 billion pension fund unsettled the investment industry by axing its allocation to hedge funds, arguing that they were too costly and too complex, and its priorities for 2015 now include sweeping changes to its portfolio of buyout and venture capital funds.